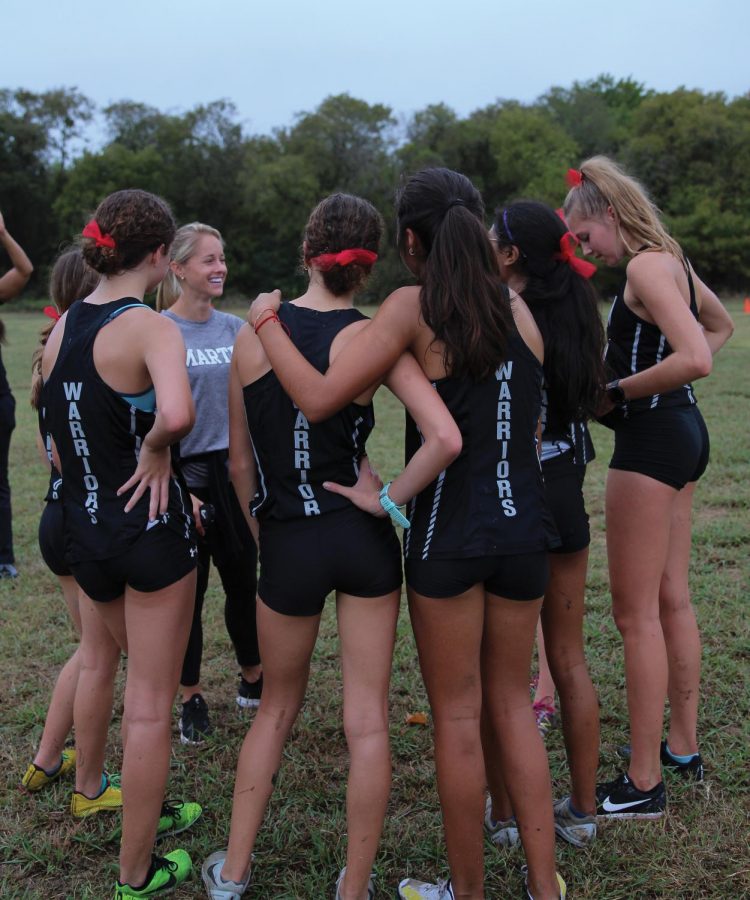 A coach is dependable, reliable, and reputable. However, in Sept. 2020, the Martin Cross Country coach left with little warning.

Jason Grennier, head cross country coach 2019-20, parted ways with Martin just a few weeks before the season opener back in 2020.

“Him leaving quite literally right before the season started was definitely really frustrating,” senior Steven Neff said. “It almost felt like he betrayed us because we worked hard as a team all summer just for him to leave.”

As Grennier made his way to Frisco Reedy high school, assistant coach Jamie Couch stepped into the head coach position.

“I was nervous to see what coaching would be like after he had left,” senior Kate Atkins said. “After having Coach Couch as the new coach, it has been a real blessing.”

After losing the coach, the team had to step up and prove themselves.

“The hard part was trying to shift the focus of the team to our season and our goals, not the past,” Couch said. “The senior runners have been through quite a few Cross Country coaches throughout their four years and I knew they would be frustrated yet again with another transition.”

A year later and the Cross Country program is seeing more improvement and aspirations for making State are rising.

“He missed out on a phenomenal group of young athletes,” Couch said. “He left some amazing athletes behind who have developed not only as athletes in the past year but as young adults.”

So when the Warrior Cross Country team ran into coach Grennier at the Sept. 3, Fossil Ridge meet in Keller, this was the first time they had seen him since his departure from Martin.

“I immediately had a pit in my stomach and I was super upset to see him,” Atkins said.

However, they quickly found out that Grennier was gone from Reedy and was now at Northwest Nelson High School.

“Seeing coach Grennier was just weird,” Neff said. “I was more shocked that he had already changed schools.”

This was the second meet of the 2021 season, so the athletes were still trying to see where they fit in the race. After a conversation with Grennier, they knew exactly where they wanted to finish.

“My main goal was to beat all of his girls, which I accomplished,” Atkins said.

“I think I pushed myself a little harder seeing him at the meet because I just wanted to prove to him that I could be successful without him and that he was not the sole reason for our team’s success,” Neff said.

Seeing Grennier at this meet not only pushed the athletes more, but it allowed the team to focus on the future and be thankful for the amazing coaches who help run this team.

“He centered his attention around only those who were good, not those who could be coached to get better,” Couch said. “It takes time to develop a distance runner. Just like the athlete must put in the time, so does the coach.”

The warrior cross country team just raced at the 6A- district 8 meet. Varsity girls placed 1st and varsity boys 2nd. Both teams competed at the regional meet and placed

Although his time at Martin was short, he left these athletes with important lessons they still use today.

“Words do not define you,” Atkins said. “It is not what someone says about you, it is what you say about yourself. Prove to others what you’re capable of.” 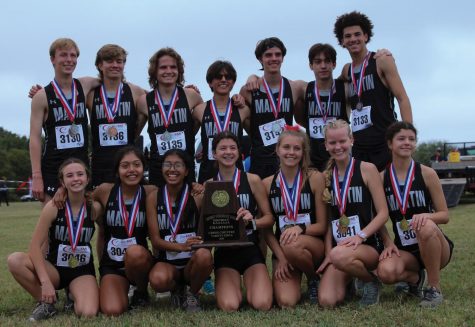