Student Drivers: Are They Really as Bad as We Say? 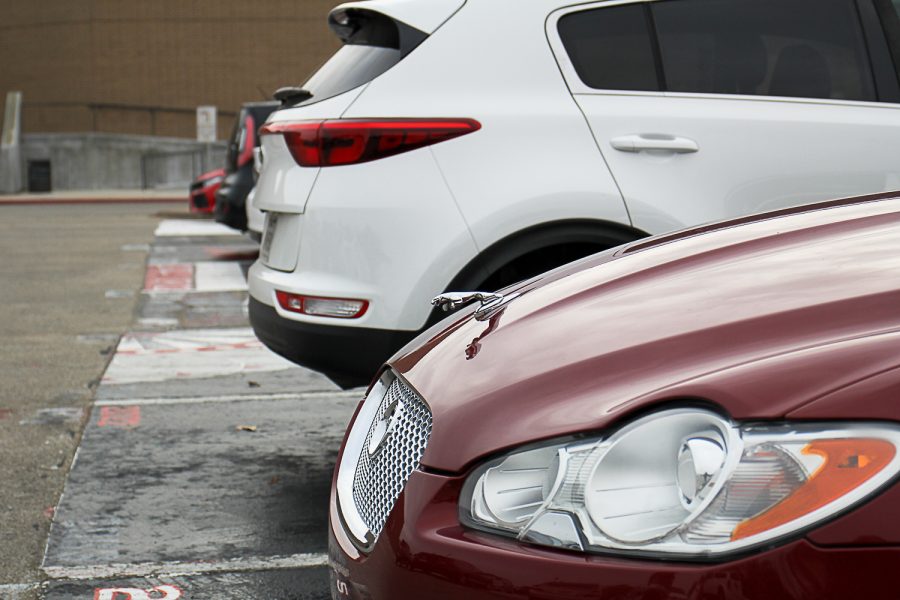 Operating a 3,000 pound vehicle is dangerous on its own, so what happens when you put a 16-year-old in the mix?

Juniors Grayce Pham and Marshall Sherman were leaving the junior parking lot during lunch, when in the blink of an eye, they collided with each other.

“I was turning out, but there was a big truck next to me, and I backed up a little and looked both ways, and I didn’t see anyone,” Pham said. “As I went, Marshall came speeding out and we crashed.”

The accident luckily didn’t leave any permanent damages, but that doesn’t mean the cars were left unscathed.

“She came out super fast and just hit my foot driver’s side, and gas started leaking out of my car,” Sherman said.

Pham’s car was in such bad condition that her dad had to come and drive it home.

“Grayce’s dad had to come and lift the medal off of the tire because she couldn’t turn right,” junior passenger Noelle Nguyen said.

An accident of any kind can cause distress, no matter the person.

“I was so mad, and I was already having a bad day and thought, ‘Of course this happened too,’” Pham said.

Anger isn’t the only emotion one may feel during a collision. Worry is a common one as well, especially for the parents.

“My parents were scared, because I had just gotten surgery on my knee, and so they got scared because my foot was hurting a little bit afterward,” Sherman said.

Student drivers may have a bad reputation, but they do know when to accept the blame.

“I could have double-checked when going out, it was partially both our faults but more mine than his,” Pham said.

As bad as this accident seemed, Pham did walk away with a valuable lesson.

“You’re not invincible,” Pham said. “On the road you think, ‘It happens to other people. It’s not going to happen to me.’ But it does happen to you.”

That lesson doesn’t just apply for driving, but apparently for parking as well. Martin’s student parking has gotten so bad that the Instagram page, “Martin High School Bad Parking,” was made solely to highlight it.

“I originally came up with the idea when someone parked so close I had to climb through my driver side door just to get through and decided that I was going to go out and expose the worst parkers at Martin,” anonymous owner of the Martin High School Bad Parking page said.

The amount of submissions the page receives is a reflection on just how questionable the student parking at Martin is.

“On average the amount I am sent is insane, anywhere of at least three or more a day,” the anonymous page owner said. “I would say I nearly get over 15 to 20 a week.”

With the page becoming a hit, in such a short amount of time, many wonder how long it’ll last.

“The plan is to keep it for the rest of the school year and at the end, I will reveal myself and that will be the end,” the anonymous page owner said.

So, according to the page owner, which grade has the worst parking at Martin?

“Definitely juniors,” they said. “That’s when most of them start driving and they think they’re the coolest thing since sliced bread.”

Everyone has their own bad experiences with student drivers, even teachers.

“I definitely got flipped off by a student once, and the ones who won’t let you in when you try to get out are annoying,” Theatre teacher Kelly Groves said.

Bad experiences or not, everyone has that one parking lot at Martin that they steer clear of.

“You couldn’t pay me to be at the exit of the senior parking lot, because of them speeding, not looking where they’re going, and running that light,” Groves said.

So what is the best advice people can give to students when it comes to driving?