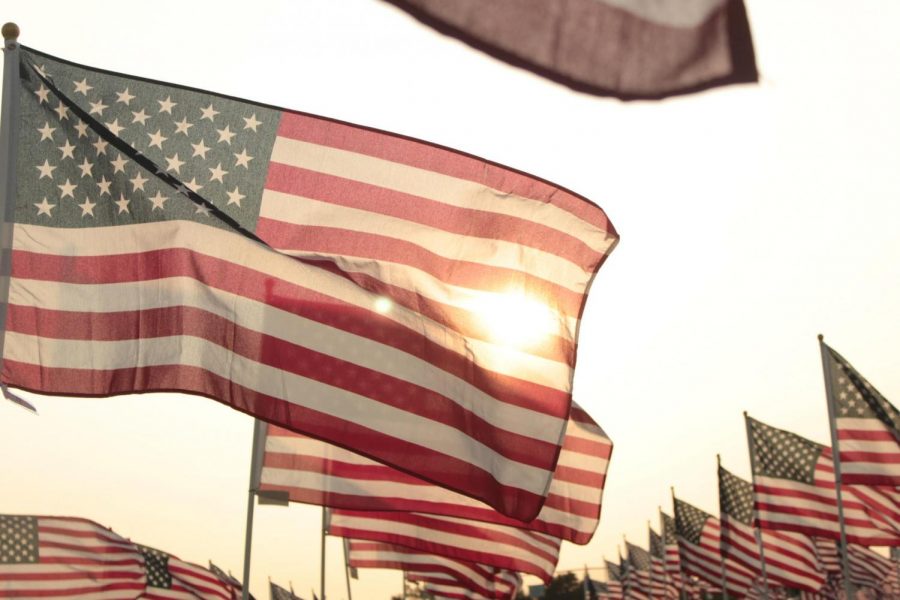 Hundreds of people crowd together in a hastily organized line outside their neighborhood junior high. Political signs line the pathway towards the entrance. Heat and anticipation fill the air. Amongst these voters are high school seniors who will be voting for the first time.

The last day to register to vote for the Presidential election is Oct. 5, and election day is Nov. 3. However, many high school seniors will not turn 18 by the time that that date rolls around. AP US Government and AP Macroeconomics teacher Jeff Beck estimates that perhaps only 20 percent of his students will be eligible to vote by this election.

With this disappointment fresh on the mind of many 17-year-olds, the matter of whether the voting age should remain at 18 or not arises.

Those who turn 18 in time will find a new responsibility and experience awaiting them. Included in that group is senior Rian MacBride, who is registered to vote and has said that he is eager and excited to do his part as a voter.

“I got lucky in the fact that I’ll be 18 during this election, and after these past four years with the person who’s been in office, I really feel like I just want to get my voice out there and actually have a say, for once, in who’s in charge of our country,” MacBride said. “This is the first time I’ve ever actually cared about politics, in any sense of the matter, so I want to actually get involved and have my voice be heard in any way I can.”

The main party candidates for this presidential election are current president Donald Trump (Republican) and Joe Biden (Democrat). While this may only be the first election for high school seniors, they are witnessing what many consider the most important election in many years.

“I mean, look, nobody’s thinking of this as a boring, run-of-the-mill election,” Beck said.  “This isn’t 1988, or 1992, or 1996… It was nothing really surprising, the outcome was never that much in doubt. This is a tight one. For some people it feels like an existential election, where it’s the most important one they’re likely to do in their lifetime, either to support Trump or to remove Trump.”

Though encouraged to vote by teachers, Martin does not currently offer any resources to help students hoping to vote, other than any lessons they may learn in a classroom. Students typically end up needing to research the candidates and important issues on their own.

“I’ve seen or heard about nothing, like how to vote, or, ‘If you’re a senior, do these kinds of things,’ when it comes to politics and stuff,” MacBride said. “Keep politics out of school, fine, but they should at least have the option to help you. So everything I’ve learned, I’ve just done on my own regards.”

That’s not to say that schooling doesn’t provide valuable information for voting. Classes such as AP US Government teach the composition of the two parties and their ideologies, as well as government policies such as Checks and Balances.

“I try to think of it as more of a long-term thing, what they’re learning in here,” Beck said, speaking of his AP US Government class. “I mean, they’ll be better informed for November than they normally would be. I don’t know if they’re gonna base their vote necessarily on anything we talk about in class. But, certainly, they are gonna learn things that would illuminate the vote for them, perhaps.”

On the first day of his class, Beck shows his students a graph depicting the voting turnouts of different generations from past elections. The older generation, which the students’ grandparents would make up, has the highest turnout, with more than double the rates of the youngest voting groups. Despite those numbers, the younger generations are stepping up to the plate and becoming more active.

“Older folks remember times that were not as chaotic, that were much more stable,” Beck said. “So, everybody that’s 18, they’ve grown up and they had 9/11 right before they were born, the Recession was when they were little, and then Donald Trump, whether you love him or not, it’s been a very chaotic period, and now we have Covid-19 and another economic crisis and social unrest and polarization. This is not typical in American history that it’s gotten to this point. So I do think the kids are more engaged than any kids would’ve been 15 or 20 years ago, or even 10 years ago, because they’ve grown up with so much political drama.”

Despite their drive, by their senior year, most students don’t fully consider themselves a part of a political party, but rather lean towards the ideologies of one or the other. Hence, the students’ voting more directly relies on the candidates, and not only which party they represent.

“Well, for one thing, I think voting based off your party is stupid,” MacBride said. “You should vote off of who you like the best, who you think would represent the country better. I’m more of an independent, I guess, because I see both sides. But typically, I agree more with the left side, the Democratic and liberal side.”

Nonetheless, there are multiple students who still may not vote or are worried about the obligation of fitting voting into their daily schedules. According to Beck, voting is worth the trouble.

“You may not care about politics, but politics cares about you,” Beck said. “And what I mean by that is, you may say you don’t care about politics, but I guarantee you that politics will impact you more than understanding Newton’s laws of motion and caring about those. I mean, other than you live in the physical world, but politics will come for you one way or the other. Some of my kids feel like they’re invested because members of their family have been affected by policies, or they have been affected by policies. I mean, all of us are at home now, including students, because of a failure of policy. However you wanna slice it, politics will come to you whether you care about it or not.”