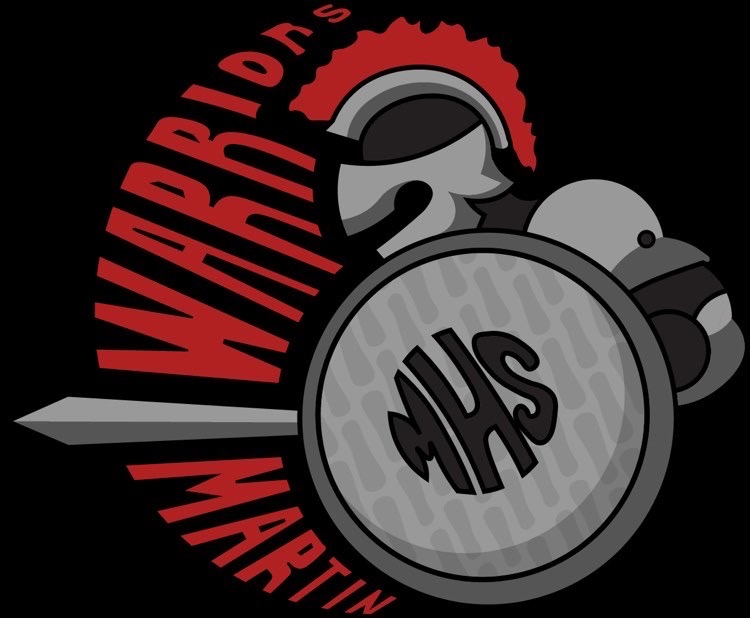 We’re experiencing a turning point in history with a new mascot to follow, but what will that new school mascot be? Martin principal Marlene Roddy announced a change to the school mascot on July 21.

The Naitive American headdress will no longer be used as the Martin logo, in order to be more culturally sensitive and aware.

“We’re trying to make sure we are not hurting anyone,” Roddy said. “A mascot is supposed to unite people and make them want to, you know whatever their mission is or goal is, unite them so that they feel like there is a unified body, and that doesn’t leave anyone out or make anyone feel uncomfortable.”

There is not currently a new mascot chosen. The red, black, and silver colors and ‘Rocking M’ will still be used, though.

“We’ve been using the “Rocking M”for a very long time,” Roddy said. “It was probably put out there 20 years ago. The idea is that you can be a warrior and the rocking M can be the symbol that they use.”

There is a plan to eventually have students help pick the new logo or have a student design it. Another option for deciding is having students pick between multiple ideas.

“One of the ideas was that we would allow the students to design a graphic that is appropriate,” Roddy said. “We might even have one or more designs that we let students pick from several and pick which one they think best represents the warrior image.”

Some students have already made new logo designs. Sophomore Nate Strayhorn made a knight design for the new logo option.

“I wanted to keep the original concept of the old mascot but put it in a new light,” Strayhorn said. “I personally felt like we needed more of a general symbol of a warrior instead of something so specific and cultural. I decided to design a vague armored figure in the battle stance to accentuate that.”

Strayhorn started designing his logo after hearing the news of the mascot change. He said he wanted something that could be used and seen on anything and still represents the warrior and school colors.

“I think that as a school, the logo would be seen everywhere like t-shirts, lanyards, maybe even the wall, etc.,” Strayhorn said. “Personally, when I think of Martin, one of the big things is the color theme and the logo. I think it’s important that it’s done well. So essentially I think my idea represents the school because of the impact some visual symbols have on peoples’ view of an establishment.”

Other students want everything from an eagle to a piece of cheese to be the new mascot. Sophomore Delaney Costello had the idea of an elephant for the new logo.

There isn’t a definite plan yet, but we can expect to see students’ input on the new school mascot.

“I don’t know what a new image will be,” Roddy said. “I know the students are creative and have a lot of great ideas so I hope they can come up with something.”

“We all have input,” Costello said. “ We have a chance to prevent choosing a mascot that misrepresents a culture or the school,  and when we have control over the school image, we generate more school spirit.”