Fall-ing back into the autumn season with 5  incredible autumn movies and one series! 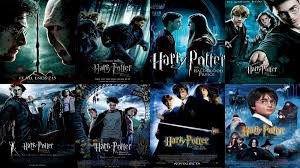 The Harry Potter series:  Fall into the wizarding world and let all the stressors in life fade away into Floo Powder.

The Harry Potter movies follow the estranged life of Harry Potter, Ron Weasley, Hermionie Granger, and dozens of side characters who steal the spotlight at one point or another. This lore-filled world will keep the mind occupied for hours. Packed with countless immaculate visuals of the grounds of the Hogwarts castle. This movie series takes the cake on the best fall aesthetic. Everything is so much better in this fictional universe, including school. Harry Potter provides immense nostalgia for most people born in the early 2000s, add some apple cider, a nice candle, and the ultimate autumn night is born.

The Social Network: Another back to school movie with the beautiful visuals of the Harvard campus, as well as the beautiful city of Boston. This movie follows young Mark Zuckerburg and Eduardo Saverin and their misadventures in creating Facebook. David Fincher’s direction takes this movie through the emotional journey that these best friends – turned enemies in a 600 million dollar lawsuit – faced (with a couple of embellishments of course).

The Nightmare Before Christmas: A Tim Burton classic that will stimulate the imagination and introduce the familiar feelings of Halloween all over again. It’s nostalgic, unique, and overall a good time. There are not many other animated movies that break boundaries like The Nightmare Before Christmas does. Jack Skellington’s mission to take over Christmas creates the holiday crossover you didn’t know you needed. Halloween and Christmas aren’t supposed to mix, but this movie definitely brings hype for the festivities of both seasons.  The slow-burn of Jack and Sally’s romance cannot be topped as it plays off as an animated Romeo and Juliet, with the support of the most interesting side characters that follow them along on their journey.

The Spectacular Now: The coming-of-age love story of Sutter and Aimee is a cuffing season classic. On two opposite sides of the popularity spectrum, these high school seniors live out their raw realistic truth. The “back to school” plotline makes it a really relatable fall movie for students going back to their normal routine. Or if you’re also longing for what school life used to be like pre-Corona, this movie will definitely fill that void.

Dead Poets Society: Definitely on the sadder part of the spectrum, as far as fall movies go, Dead Poets Society follows the flavorless life of a group of boys attending a  preparatory academy. That is until a new English teacher is introduced, who for the first time encourages them to take the beaten-down path, instead of the paved road and follow their dreams. The back to school feel and the beautiful scenes of the locations filmed definitely bring major fall vibes, with some emotional trauma.